Bryant Law Center has successfully represented many clients that have suffered sexual abuse by members of religious organizations, including priests, pastors, youth leaders, and other church officials. Our clergy abuse attorneys are compassionate, experienced, and here to help if you or a loved one are a victim.

Our sexual abuse attorneys help victims hold predators accountable and get financial compensation for their suffering. Call us for a confidential, no-obligation free consultation.

Sexual abuse within the Catholic Church and other religious organizations has been headlining the news since the Boston Globe first reported on this in 2002. Sexual abuse of children by clergy members was a frequent and pervasive problem. It has been proven that the Catholic Church, in most cases, was aware of the problem but did nothing to stop it.

Unfortunately, the problem of clergy sexual abuse is not confined solely to the Catholic Church, as abuse among many other religious dominations continues to come to light.

The investigation found that survivors of abuse had contacted the top Baptist leaders to report sexual abuse by clergy and church staff workers for decades. But the survivors’ calls and emails were met with resistance, stonewalling, and intimidation by leaders who were more concerned with protecting the institution from liability than protecting parishioners from further abuse.

Recommendations by Guidepost include providing dedicated survivor advocacy support and a survivor compensation fund. These recommendations will be reviewed in June 2022 at the annual meeting, where members are expected to discuss the next steps.

Clergy Sexual Abuse occurs when a religious professional engages in sexual contact with an adult, child, or any vulnerable person. Sexual abuse can also take many different forms. In most cases it is physical and involves actual contact. But in other cases it can be verbal or emotional abuse, and sometimes can include the use of technology such as cell phones, email, texting and social media apps.

An abuser will  often use their position of authority to manipulate the victim to “consent” to the conduct. In reality, this is not consent at all.  Religious professionals can include people in the following positions:

Sexual abuse by a clergy member can have devastating long-term effects, with victims suffering life-long emotional trauma. Until recently, victims had little recourse for this harm. However, the increased public attention and awareness have led to legal changes designed to give victims the ability to hold their abusers accountable.

Victims of sexual abuse can bring a civil case against their abuser and receive financial compensation. Monetary damages in a sexual abuse case can include:

You may be able to still get compensation even if you were sexually abused as a child. Many states have expanded the statute of limitations on sexual abuse lawsuits. This allows now-adult victims to bring lawsuits years after the fact.

Sexual abuse cases can be nerve racking for the victim.  We want to help alleviate as much of that anxiety as possible.  In some cases, you may be able to proceed with your lawsuit under a pseudonym such as Jane or John Doe.

We will talk with you confidentially and at no cost to determine how a case may be pursued on your behalf. While some clients have documents, photos, videos, text messages, names of witnesses, or even names of other victims, others can only speak to their memories.  We have successfully handled many sexual abuse lawsuits under a variety of situations.

We are currently accepting new cases from individuals who were sexually abused by a priest, pastor, or other individual connected to or employed by a church to hold them accountable. We understand that sexual abuse is a sensitive and painful subject, but we will do our best to make you and your family feel comfortable and help you recover from your trauma and get justice. 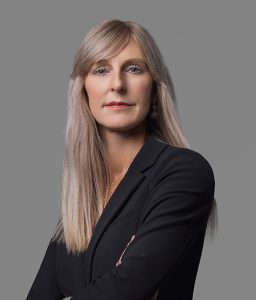