What You Need to Know About the 3M Earplug Lawsuits 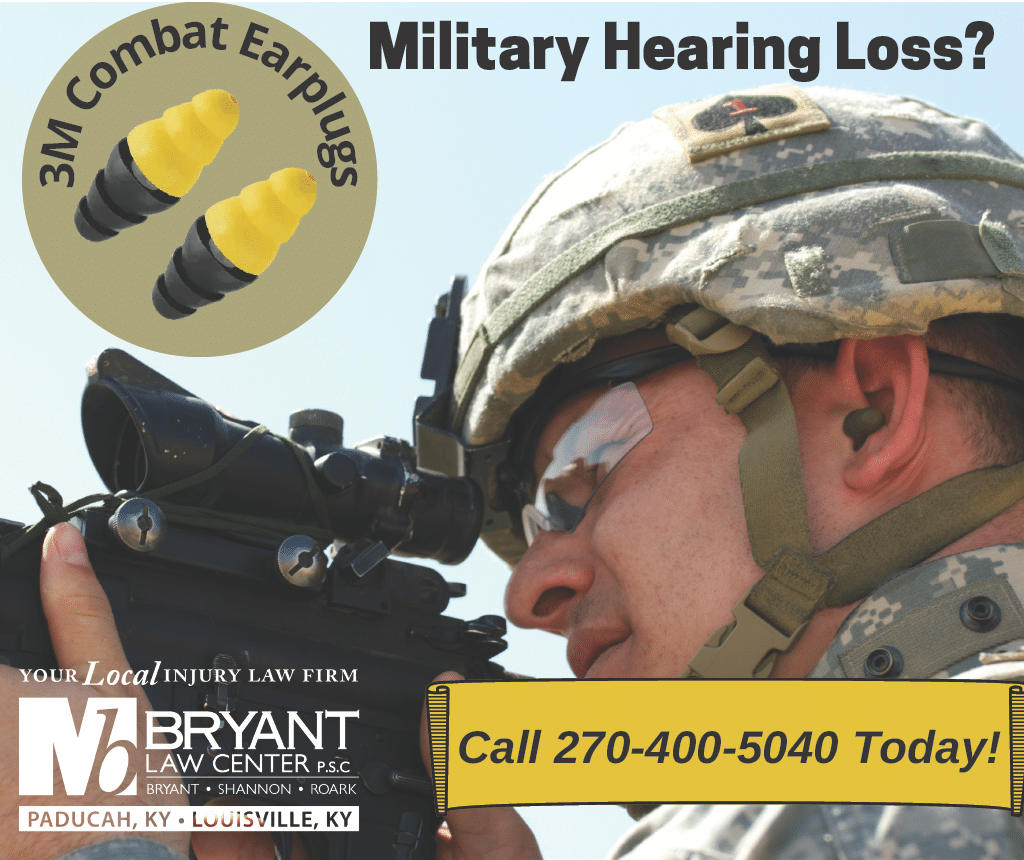 At this time, the Bryant Law Center is no longer accepting new 3M clients.  As of June 2022, the federal judge has ordered all parties to move forward to mediation.

The litigation began with a 2018 whistleblower lawsuit against 3M revealing allegations that the St. Paul, Minnesota based company 3M and it’s predecessor, Aearo Technologies knowingly sold defective dual-ended Combat Arms earplugs to the United States Military. This case resulted in a $9.1 million settlement with the Department of Justice.

Today, the 3M Combat Arms earplugs litigation is one of the largest mass torts in U.S. history.

Here’s what you need to know.

The lawsuit is against corporate giant 3M – NOT against the military or the government.

The lawsuits accuse 3M of designing a defective product and failing to warn about its potential risks.   3M produced dual-ended Combat Earplugs Version 2 (CAEv2) and sold them to the U.S. military.    These earplugs were then distributed to service members in combat and training.  According to lawsuits, the stem of the earplugs was too short for soldiers to insert the plug deep enough into the ear canal to obtain a proper fit. This caused the plug to loosen, unbeknownst to the wearer or onlookers. When earplugs loosened, they did not provide proper protection.

As of May 2022, juries have awarded nearly $300 million to U.S. service members and veterans.

On Friday, May 20th, a jury in Pensacola, Fla., federal court ordered 3M to pay $77.5 million to a U.S. Army veteran who said he suffered hearing damage as a result of using the company’s military-issue earplugs.

The verdict for veteran James Beal is the largest yet for an individual in a sprawling litigation over the earplugs that as of May 16 included more than 290,000 claims in the Pensacola court, by far the largest mass tort litigation in U.S. history.

The Beal trial was the last of the bellwether trials.  With thousands of individual cases, the legal system implements multidistrict litigation (MDL) that combines all the cases, and from those cases, they choose a few randomly selected plaintiffs for bellwether trials.

Bellwether trials are test trials that are held so both sides can see how the total future litigation across all cases may turn out.  It allows both sides to understand whether they have better chances of going to trial or negotiating a settlement.  While they are test trials, their verdicts are very real.

Overall there were 19 bellwether trials held with plaintiffs scoring victories in 13 of those cases, resulting in over $300 million in verdicts for former U.S. Military service members who suffered hearing loss or tinnitus due to defective 3M Combat Arms earplugs.

As of June 10, 2022, the federal judge overseeing the multidistrict litigation over 3M’s Combat Arms Earplugs lawsuit ordered the parties to begin mediation next month to attempt to reach a good faith settlement.  Because of this move, the Bryant Law Center can no longer accept new 3M clients.

You will NOT lose your VA Disability Benefits if you file a lawsuit.

Because it is not based on income, this will not stop or decrease your disability benefits, regardless of whether it is a lump sum or structured payout. However, needs-based or income-based benefits could be affected.

If you are already a client of the Bryant Law Center, please note that we are working on your claim.  Please make sure you have provided the following documentation:

Records are essential to establishing your claim

On May 11, 2022, a federal judge overseeing the multidistrict litigation dismissed a group of over 20,000 3M earplug lawsuits from the MDL class action because the plaintiffs failed to produce certain documents to keep their case active.  Most of the dismissals were due to the lack of official military service records.

How to know if you used the 3M defective earplugs:

The defective 3M combat earplugs that caused the hearing damage and tinnitus were issued to U.S. military members from 2003 to 2015 to servicemen and women in both combat zones and during training. If you were around things like gunfire, artillery, explosions, other military arms, or other loud sounds, you should definitely contact us to see what your options are.

Wars these earplugs were issued in include: