How the Bryant Law Center Helps Victims of Industrial Explosions 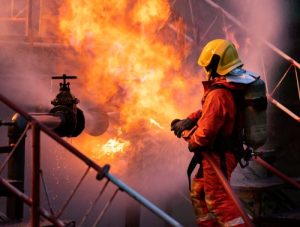 Explosions can be devastating to both life and property. In the aftermath of an explosion, there are many questions that need to be answered. The investigation of the explosion needs to begin immediately while evidence is still intact, and the scene can be photographed and or videotaped.

Legal theories on who should be held accountable need to start as soon as possible, and witnesses need to be interviewed while their memories are still fresh.

The investigation may lead to a discovery of third-party responsibility.

“Third-party responsibility identifies companies and parties who may share in liability and have no protection from the statutory caps in workers compensation awards,” said Mark Bryant, president of the Bryant Law Center in Paducah. “These firms can be held fully accountable in the judicial process. But it is imperative that the investigation begins as soon as possible for the benefit of the injured workers and their families.”

The Bryant Law Center has a record of helping victims of explosions.

The firm represented two of the plaintiffs in the January 2018 blast at a Calvert City boatyard that injured six people and killed three workers.

And the firm represented nearly all the residents of West Point, KY who endured a major explosion during a derailment cleanup in November 2012 near Louisville.

The Bryant firm also reached a confidential settlement with CSX and Sperry Corp. for a series of major explosions in Feb. 2015 as tanker cars exploded near Mt. Carbon, WV, following a derailment that forced 500 people from their jobs and homes.

“We use nationally recognized experts and a record of holding corporations accountable when explosions interrupt the everyday lives of workers on the job and residents in their homes,” said Bryant.