Get a Free Case Evaluation from the Bryant Law Team

Get Your Free Consultation Today

If you are a convicted Class D felony in Kentucky, state law now allows many of those charges to be wiped clean from criminal records five years after a sentence or probation is completed. Effective July 2016, HB 40 amended several state laws by allowing for the expungement of certain Class D felonies.

Once an expungement petition is filed with the court, the process will take at least 120 days to complete.

For assistance with Kentucky’s new expungement law or to have a case reviewed to see if it is eligible for the expungement process, contact Attorney Emily Roark at the Bryant Law Center at 270-442-1422.

Up to 100,000 Kentuckians could be eligible to have their convictions vacated. To be eligible, an applicant cannot have any pending misdemeanor or felony charges and cannot be on any form of probation. The Kentucky law does not include any federal court charges.

The law covers 61 felonies, (see attached list) or about 70% of the available infractions.

The law specifically excludes expungement for any violent crimes, sexual offense or for any crimes against children or public corruption.

The measure was passed primarily to help complete the criminal rehabilitation process and to allow people an opportunity at obtaining better employment by being able to show a clean criminal history.

Some of the most frequently committed offenses are failure to pay child support, possession of a controlled substance and various theft charges.

Under the final bill passed by the Kentucky General Assembly and signed into law, felons who want their records cleared will need a clean record for five years after their sentences or probation are complete and pay a $500 state fee. The case will be reopened and the conviction vacated and then dismissed.

The law also allows for the dismissal and expungement of felony district court charges, for which a grand jury did not return an indictment.

The law allows local prosecutors to object to the expungement petition and it also allows for any victims of the crime to be notified. It also allows for the removal of an expunged case defendant’s name in any published court opinion discussing that case.

The bill describes expungement as follows:

After the expungement, the proceedings in the matter shall be deemed never to have occurred. The court and other agencies shall delete or remove the records from their computer systems so that any official state-performed background check will indicate that the records do not exist. The court and other agencies shall reply to any inquiry that no record exists on the matter. The person whose record is expunged shall not have to disclose the fact of the record or any matter relating thereto on an application for employment, credit, or other type of application.”

Other Charges Eligible for Expungement

Under existing Kentucky law, it may also be possible to have some misdemeanor convictions expunged including: Criminal Trespass; Theft by Unlawful Taking (shoplifting); Possession of Marijuana; Public Intoxication and several other types of misdemeanors and violations or any charge that resulted in an acquittal.

In cases where a person has an arrest on their record no charges were filed or the person was found not guilty, an expungement may also be sought.

When Can I Apply for an Expungement?

If you were found not guilty of a misdemeanor, you can file a petition 60 days after the dismissal of your case.

What Is the Process for an Expungement?

What Are the Benefits of an Expungement?

If you are asked on a job application about your expunged arrest or criminal conviction, you can legally answer ‘no’ because an expunged account is completely wiped from your record.

For more information about expungements in Kentucky, visit the Kentucky Court of Justice.

Do you have a conviction eligible for expungement? For a free evaluation of your case and further information, contact lawteam@bryantpsc.com.

Do You Need Help From an Attorney?

Get a Free Consult with the Bryant Law Office 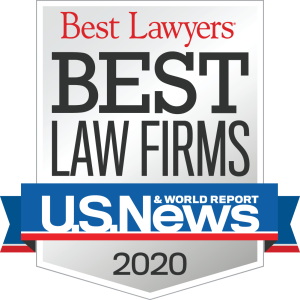 For the fifth consecutive year, The Bryant Law Center in Paducah, Ky has been recognized and been named a 2020 Best Lawyers Best Law Firm 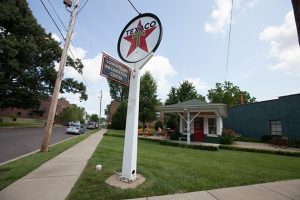 Lowertown is one of Paducah’s oldest and historically significant neighborhoods and is just blocks away from Bryant Law Center. The Kentucky State Legislature passed an 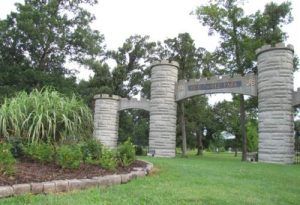 Brought to you by the Bryant Law Center of Paducah, KY. Bob Noble Park is Paducah’s largest park and features a wide variety of activities

Fields Marked with an * are Required

The use of the internet or this form for communication with the firm or any individual member of the firm does not establish an attorney-client relationship. Confidential or time-sensitive information should not be sent through this form.

Let Us Know
How We Can Help