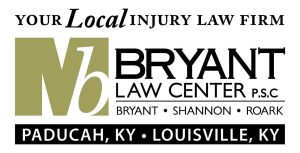 Thousands of Volkswagen owners have experienced frustration and anger over widespread reports of their panoramic sunroofs leaking water and causing significant damage to their vehicles.

The damage includes electrical shorts and system warning lights, mold growing in carpets, standing water in the floorboards or rear spare tire well, multiple stains on the headliner and or side pillars, and wet seats.

Many leak complaints have been reported in the following vehicles:

Reports of the leaks in newer redesigned models began coming in to Volkswagen in 2015, but leaks have also been reported in 2014 model Jettas and Golfs and Tiguans.

Consumer complaints and damage reports have all but fallen on deaf ears. Owners of these vehicles say that Volkswagen has offered to repair their panoramic sunroofs and the drain tube issues, but will not pay to repair other damaged parts.

There are even reports of nearly new cars being totaled by insurance companies because of the extensive damage.

After receiving many complaints, Volkswagen has announced a free service recall to repair a drain tube obstruction that has been detected in thousands of vehicles, but owners say the company has refused to pay for the expensive interior and electrical damage caused by the leaks.

Some owners in states with heavy precipitation have reported unhealthy white mold growing inside their cars in areas soaked from leaks.

Volkswagen has acknowledged problems with cracked sunroof frames, drain tube obstructions, defective roof welds in some cars and also malfunctioning check valves in drain tubes. Frustrated owners have started websites to show pictures of the leak damage in their Volkswagens.

Lawsuits have now been filed in California, Illinois, Florida, Missouri, New York, and New Jersey against Volkswagen by owners of vehicles with defective, leaking sunroofs.

Volkswagen and Audi owners in these lawsuits are seeking compensation for the damage these sunroofs have caused to their headliners, electrical systems, and other parts of their automobile.

Volkswagen has paid out large amounts of money in the past to settle prior sunroof damage claims.

If you have reported leaks or water damage to a Volkswagen dealer or service center and with Volkswagen service reps or the dealer service department has refused to repair it or make it right, you not only have lost thousands of dollars to replace the headliner, carpeting, flooring and insulation, side pillars, and electrical assemblies, your vehicle also has lost trade-in value because of these problems.

Volkswagen’s answer was to deny responsibility and blame owners for a lack of service.

Owners are using pictures and videos and keeping all their service records and repair estimates to document their damages.

About the Author
Jeanene Edwards