How Long Does it Take to Negotiate a Settlement?
Your INJURY & ACCIDENT law firm click for free consultation

How Long Does it Take to Negotiate a Settlement? 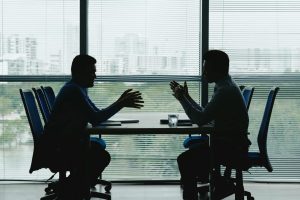 Suffering injuries in a car accident can put you under financial strain. Medical bills pile up, and you miss time at work. Making matters worse, it is not as if you planned for this difficulty.

Someone else’s dangerous decisions and actions caused the car accident. They should pay you for the harm you have suffered.

An experienced personal injury lawyer can help by taking legal action on your behalf against the party “at-fault” for your car accident and injuries. Oftentimes, the lawyer can negotiate a “settlement” of your legal claim without having to take your case to trial.

That sounds good to you, but still you wonder: “How long will a settlement take?” This guide explores the answer to that question.

If you’ve been in a car accident, the PIP coverage under your own insurance, or the driver’s, if you were a passenger in the car accident, will cover the first $10,000 in medical or ambulance bills and/or lost wages due to missed work.

But what about monetary damages after the first $10,000?

After PIP is exhausted (the PIP adjuster will notify you that the benefits have been used up) the rest of the medical expenses are submitted to your health insurance or Medicaid or Medicare for payment.

You also may have your attorney submit your medical bills as related car accident expenses when negotiating a settlement with the responsible party.

What Is a Negotiated Settlement?

First, the basics. A settlement is an agreement between you and the party who caused you harm to resolve your legal claim for money damages.

A “negotiated” settlement is just what it sounds like: a settlement negotiated between your lawyer and lawyers or representatives of the party who owes you money.

Settlements almost always take the form of a written agreement. In the typical negotiated settlement, you receive money as compensation for your injuries and losses.

In exchange, you “release” the other party from future liability to you for that harm, and agree to terminate or not to file a lawsuit for damages.

In theory you could attempt to negotiate with the insurance companies and the at fault party on your own, but the risks of doing so are almost certainly not worth it.

Without the help of an attorney you will likely receive a reduced or lowball settlement compared to what you may be eligible for.

Without the help of an attorney, critical parts of your case such as limited movement or motion from an injury, future economic loss, loss of spousal consortium, loss in vehicle value, and others may go unmentioned or ignored.

Process Lawyers Use in Negotiation of Settlements? 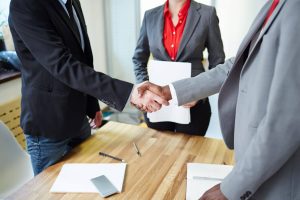 Typically, settlement negotiations begin with your lawyer sending a “demand” for payment to the party who caused you harm, to that party’s attorney, and/or to the party’s insurance carrier.

The “demand” might take the form of a letter, or your lawyer might communicate it in the body of a formal “complaint” that initiates a lawsuit.

In either case, the party that receives your demand will typically (although not always) respond and open a dialogue with your lawyer about how to resolve the case.

When, how, and in what form settlement negotiations happen can vary widely from case-to-case. Virtually all negotiations, however, take place in stages that often include:

As described above, your lawyer should usually kick things off by communicating the substance of your claim to the party that has legal liability to you for damages.

Demands can vary in their style and length, but they all typically state what happened, why you think the party owes you damages, and the type(s) of harm you believe you have suffered.

The recipient of your demand will want to do some quick investigating of your claim, no doubt. Depending on how your lawyer made the demand, the party might have a formal deadline to meet for responding that limits the length of the initial investigation, or it may investigate at its own pace.

At some point, however, the party gets back to your lawyer, almost always in writing, and almost always disputing some element of your claim. This is normal.

People with legal and financial liability rarely “cave” and agree with your claim entirely.

They want to give themselves some room to bargain, and they do that by putting up some amount of fight (or at least by buying themselves time to come up with reasons to fight).

At some point, your lawyer and the other party’s representatives will likely begin an actual dialogue about resolving your claim through a settlement agreement.

When, how, and under what circumstances each party “comes to the negotiating table” varies widely.

Each has strategic and tactical reasons for its preferred timing and format of negotiating. The two most common ways actual negotiations happen include:

Informal conversations/correspondence between representatives. Some settlement negotiations take the form of a back-and-forth communication by phone, at meetings, by email, or by letter between your lawyer and the other side.

In these discussions, the parties trade offers and counter-offers in a dance that helps them evaluate each other’s strengths, weaknesses, and priorities.

Mediation. Sometimes, parties need help “coming to the table” and so they hire a “mediator” to help them.

A “mediator” is a person who specializes in facilitating settlement discussions.

The parties may mutually agree on hiring a mediator, or a court may require them to do so.

In either event, the mediator typically gets the parties together for one or more mediation “sessions” at which the parties, with the mediator’s assistance, try to hash out their differences and come to agreement on a settlement.

Final Agreement in a Negotiated Settlement

Assuming the parties can reach an agreement on the terms of a settlement, they then put that agreement in writing, so that it becomes a binding contract.

Lawyers for both sides may want to negotiate the finer points of that agreement, so it does not take effect until both parties have signed it.

When all goes to plan, upon signing the agreement, the injured party receives payment, and the paying party gets “released” from liability.

Settlement Negotiation Timeline — How Long Does it Really Take? 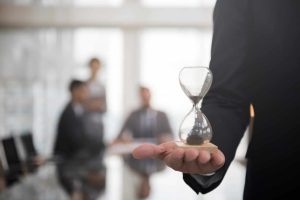 So, how long do those stages to settle take, start-to-finish?

It really all depends.

The journey from demand to final agreement can take just weeks in some cases. In others, it can take a year or more.

Most of the factors influencing the timeline lie beyond any single party’s or lawyer’s ability to control. They often include:

These factors in each case are so different from each other that it is impossible to accurately estimate a settlement timeline.

In some cases injuries heal quickly and a settlement may follow suit. In other cases, it may take some time to get a full picture of the costs of your injury which would prolong the settlement process.

One factor that is within your control, however, is when you decide to speak with an experienced personal injury lawyer for the first time.

Negotiations obviously cannot begin until you have a lawyer advocating for you. The sooner you get started, the sooner your case might reach a favorable negotiated resolution.

Negotiating From a Position of Strength by Building a Solid Case

For a settlement negotiation to succeed, your lawyer will typically want to enter discussions in a strong bargaining position.

In personal injury matters, that means coming to the table with a well-prepared, well-documented case. Although the particulars of what constitutes a strong case vary, as a general matter they typically include your lawyer having the ability to prove, with evidence, that:

Someone Owed You a “Duty of Care”

The party from whom you seek payment must have been someone who had a basic legal obligation not to make a decision or not to act in a way that unreasonably put you at risk of harm.

Someone “Breached” The Duty of Care

Your lawyer must also have evidence to prove that the party that owed you a duty of care “breached” through some unreasonably dangerous decision or action that put you in harm’s way.

You Were Hurt Because of that Breach

Your lawyer must also prepare your case to show that the “breach” in the duty of care owed to you led directly to you suffering an injury.

Communicating with the insurance Company

That is because people and businesses commonly purchase liability insurance to protect them against personal injury claims resulting from their own dangerous decisions or actions.

In many cases, in fact, the insurance companies, not the defense lawyers, effectively dictate the broad terms of any settlement.

After all, they are the ones on the hook for paying a claim when their policyholder is found liable.

Sometimes, these insurance companies engage in sneaky tactics to try to limit their financial exposure to a personal injury claim.

Instead, leave all discussions with liability insurance carriers to your lawyer, who knows their tactics and has the experience and skill to negotiate with them on an equal footing.

Can You Speed Up A Settlement? Maybe…

You will never have complete control with regard to the length it takes to settle your case, but some steps you take may help to streamline the process on your end, or at least to make it feel more bearable.

Help your lawyer prepare every aspect of your case. Respond to requests for information, and keep important records where you can find them. By helping your lawyer prepare, you help to send your lawyer into negotiations in as strong of a bargaining position as possible.

Remain calm, cool, and collected even when negotiations frustrate you. You are likely to delay reaching an agreement if you let your emotions control your reactions and decisions. Fortunately, if you have retained an attorney to help you with your settlement negotiation your attorney will be able to save you the emotional stress of dealing with the insurance adjuster, companies, and the at fault party.

I know you want to get hurry up and get the claim settled, but sometimes the best negotiating tactic is to play things cool and to allow the negotiating process to take its course. Patience becomes a virtue and a strength in these situations. Showing patience also communicates that you are not desperate to settle. Desperation can suppress the value of a claim. You want to appear the opposite of that.

Remaining patient during negotiations can be critical in allowing your attorney the time to get the best possible settlement for your injuries.

What Happens If Parties Cannot Agree?

When parties cannot reach a negotiated settlement, the case typically follows a path that ends in a courtroom.

Even if settlement does not occur before trial gets underway, however, that does not mean settlement cannot happen. In fact, many cases settle “on the courthouse steps” or even after trial has begun.

Trust Your Settlement Negotiation to an Experienced Lawyer

Kevin Shannon and Austin Kennady at the Bryant Law Center have extensive experience representing and advocating for accident victims in settlement negotiations and in court.

Contact us today for a free consultation to discuss the details of your case using the contact form on this page or call us at (270) 908-0995. 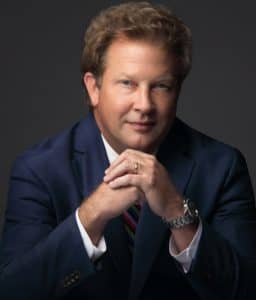 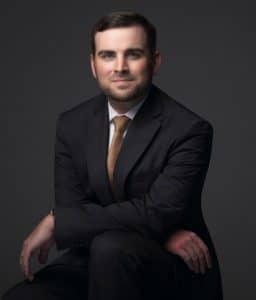